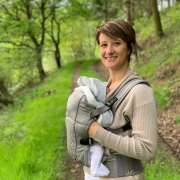 Having very little interest previously in what’s going on in the football world and who’s who, I must say I have been surprised to have been drawn in over the last 2 seasons, and this really is all down to an incredible team but an even more incredible person behind that team: Jurgen Klopp.

I have been used to having the television taken over come the football season and hearing “You’ll never walk alone” passionately sung at the top of the supporters voices, along with the chants and uproars across not only the stadium but our living room when Liverpool score an “absolute belter”. But it has definitely come as a shock to me that I found myself wanting to look up from my book and watch what was happening, observing the behaviour demonstrated by what seems to be a very influential and motivational man, and actually finding that I want to follow his interviews to hear his story, his philosophy and the way he clearly drives a very successful team to the top. He most definitely had me hooked on the work behind his success.

To say I wasn’t one of the ones really rooting for Liverpool to win the Premier League last year and feeling utterly gutted for them when they didn’t would be a lie, so to have seen the news on Thursday night that they had done it this year was really great.

So what is it that has drawn me in so much, and what can we all take from this amazing performance? What has the team and Jurgen put into action that we can apply to our own lives and businesses?

A sense of belonging and togetherness

There is absolutely no denying the team spirit and bond that has clearly been created within the Liverpool team. In an interview on Sky Sports with the Captain Jordan Henderson, he was asked about the tightness of the squad and how they seem so together as a group despite all being different nationalities. He commented saying that it is no coincidence with what the manager has done and how he has managed to gel the team that was already there and the ones he has brought in.

You can see from Jurgen’s behaviour and body language that he genuinely cares about the players and I can’t help but notice this every time the players come off the pitch and he makes contact with them.

In Jordan Henderson’s interview with Sky sports he said how “he’s got that great balance between having a relationship with the players’ and being a friend, but also, not so kind at times as well and a little ruthless at times as well. No matter what, we all follow him, we all believe in him.” That really tells you something about what he has created.

The togetherness that he has created has not been limited to the players, but has been across the whole of the club, so no matter whether somebody is a cook or a multi-million pound player, they are all seen in the same way and encouraged to come together, essentially, they all know that each one of them is integral to the overall success. I am sure many of you will agree that there are not many businesses that create that.

It is clear that there is an atmosphere where they are all willing to work for each other. Each person is not concerned by their own success and being the ‘big man’, but instead focused on what it means to everybody, not just the players, but the supporters, previous players and all those involved in the club now and in history.

I was amazed when I watched the interview with Jurgen on the team’s success this season, and when speaking to Sir Kenny Dalglish, his first comment to Jurgen was “Don’t be so modest”. To me this says it all, not only has his team just won the title for the first time in over 30 years, but they have also completely smashed records along the way. His reaction to this is one of complete selflessness.

In one of his interviews his response to his leadership qualities was “That’s how I understand it but it’s no real ‘philosophy’, it’s just my way of life.” How we could all benefit from having this way of life hey!

One of the things that really stood out to me as well, was how much he normalises himself and doesn’t put himself on a pedestal. In his first press conference for LFC he said “I’m the normal one”, whilst other managers for other team’s were naming themselves as “the special one”. It says it all doesn’t it!

This has clearly been lacking in previous years, but you can see that even from the very first game this season, Liverpool played it as if it was their last and every game they were consistent with their energy and efforts.

This is achieved through Jurgen’s attention to detail and his passion to work with each player on a deeper level than just their tactical ability. The investment he has made in the players’ nutrition, physical fitness, and psychology has most definitely been one of the things that has made them stand out from the rest. He shows a genuine concern for the players’ well-being as a whole and how they are off the pitch and when not in training. If the same could be said about businesses and their employees then I am sure many would see a huge difference in their results.

One thing that always struck me is what Jurgen chose to wear during games, for me, his choice of wearing the kit instead of a suit shouted out to me that he is one of them, they are in it together and he is not too important or big to get stuck in.

If this could be applied to businesses just imagine the change in productivity, attitude and overall results. Now I’m not saying that we all need to go around in tracksuits, but how many leaders are happy to give out the tasks whilst barking orders but not actually willing to get their hands dirty when the time really calls for it?

Create a strong why

It is not enough to have a goal set up for the sake of having something to work towards. The reason behind the goal needs to be so strong that everybody feels compelled to work towards it and be brought in to it, with very little focus on each individual’s success, but instead what it means to the bigger picture too. How many businesses have a goal set by those higher up, which ultimately ends up benefiting the share holders but showing no further benefit in achieving it to others other than job security.

How does this compare to team dynamics in business?

Too often leaders are thrown in to team’s, and team’s are put together with very little work done on setting up strong foundations.

There seems to be very little willingness to show vulnerability or to admit weaknesses. Instead, we tend to find a very competitive environment within a team itself, with little desire to work together to enable everybody to grow, and not just showcase the work of the leader. As Jurgen said in his interview “My confidence is big enough that I can really let people grow next to me, it’s no problem.” Wow, if only we could all go off that philosophy.

He continued to say “That’s what leadership is: have strong people around you with a better knowledge in different departments than yourself, don’t act like you know everything, be ready to admit, ‘I have no clue in the moment, give me a couple of minutes and then I will have a clue probably.’

How can all of this make a difference to leaders in business?

Create Purpose: By creating a strong common goal that everybody is brought in to will create a work ethic like none other across the whole of a team, with everybody on a mission to achieve the same thing. It needs to involve everybody and see each and every single person as an important part of the process.

Create a why that everybody is brought in to and is engaging: With a compelling why that everybody is motivated to work towards it will completely change the motivation of all involved. Working with emotion and passion is something that definitely cannot be taught, but can be instilled through good leadership.

Show vulnerability from the top: A leader does not have to be a superhuman, but instead needs to be real and relatable. Showing that you don’t have all the answers, or that you are not amazing at everything enables you to reach people on their level.

Encourage others to progress to work alongside you and not always underneath: This is one that I think is an absolute game changer! How many people genuinely feel threatened by those that they work with and always feel the need to “stay on top”? If instead, we can see that by working together everyone will achieve more it creates a whole new and exciting dynamic within a team where everybody will succeed.

I say be more Jurgen in a very tongue in cheek way, as it is important that we are still ourselves and can do things our own way, but we all have the opportunity to be better, do more and grow as people and this seems like the perfect time to take part in some self-reflection to recognise our strengths and also the areas that we can improve on.

We do not need to re-invent the wheel, we just need to learn from those that have been more successful than we have.

“If your actions inspire others to dream more, learn more, do more and become more, you are a leader.”

We would love to hear your thoughts on Jurgen, the success of the Liverpool Football Club or how you intend to “be more Jurgen”, so please share these or any questions you have below.