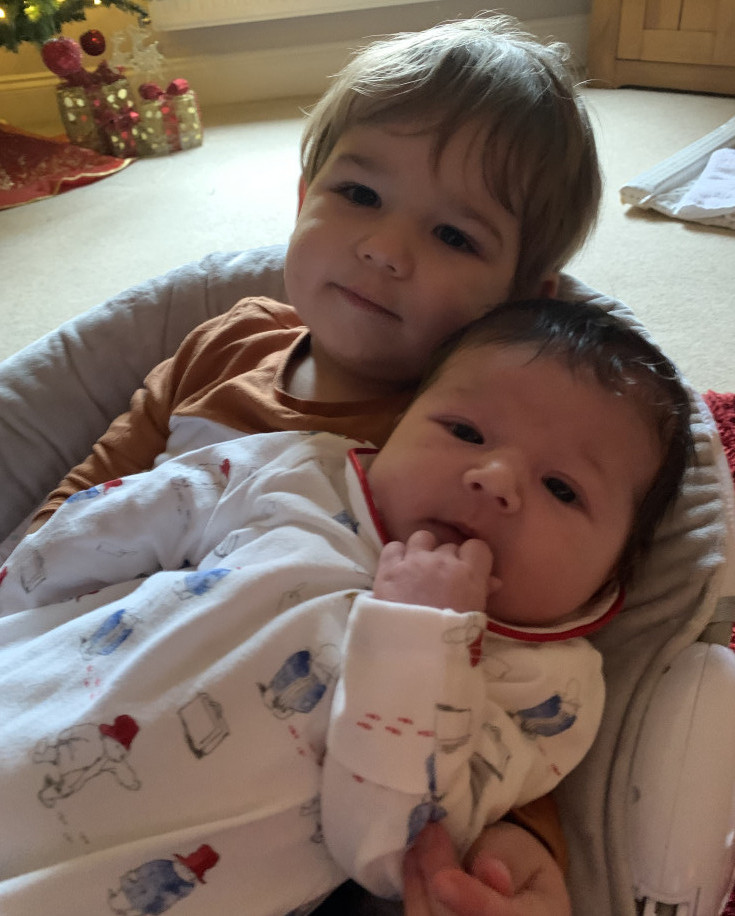 Having had 2 children within 18 months of each other, I thought it may be helpful to share some second baby tips with you in terms of how I have prepared myself mentally, the things we did second time round and also how we prepared Little Bear.

You automatically think, “ah yes, we’ve done this before, we know what to expect”, but I think the reality is, as you progress through your second pregnancy you are faced with so many different thoughts, challenges and questions to the first time and quite honestly, they caught me off guard.

Getting yourself mentally prepared

I think this is a huge step that every Mum/parent has to navigate when they are pregnant. Quite honestly, first time around this was one of my favourite things to do (you can check out how we prepared here), from the NCT classes, to Hypnobirthing, to writing my birth preferences. But second time round it was completely different, and the biggest thing I struggled with was the time and (let’s not kid ourselves here), the energy too. When pregnant with my first the only other things I had to worry about were what we were having for dinner that night and getting myself through the day. If i was tired, I could nap in the day when I got home from work, or enjoy extra lie-ins on days off. Whereas second time, I didn’t even get 5 minutes to have a hot cup of tea let alone have the time to mentally prepare. If you have a toddler right now, then I know that you will completely get that. To be honest, I would love to say that I overcame this but I didn’t anywhere near as much as I would have liked to. Some things I found helped though were:

Initially I kept trying to re-create the experience from first time around, but I soon came to realise that this is a different pregnancy entirely, well, it is a whole new human right! So how can I expect things to be the same? I felt different in myself this time around, not just because I was running around after a toddler whilst being pregnant, but my experience in my pregnancy was different. In accepting this it allowed me to go easier on myself and also enjoy this pregnancy for what it was.

I also found that adopting a positive mindset was incredibly important. Now, if you’ve been following me for a while on Instagram (if you’re not, then you head over and say hello), you know that I am all about mindset. But this was definitely a challenge second time round: So many people were quick to tell me that “I am brave” or, “I have my work cut out” by having 2 children under 2. It’s back to that whole scenario of people feeling that can say whatever they like without any filter when you’re pregnant (arghhh!). It’s like people just don’t engage their brain before speaking, who in their right mind would think that telling a hormonal and tired pregnant woman that things are about to be really difficult is a good idea? Well I can tell you it was alot. Some things that helped me were: 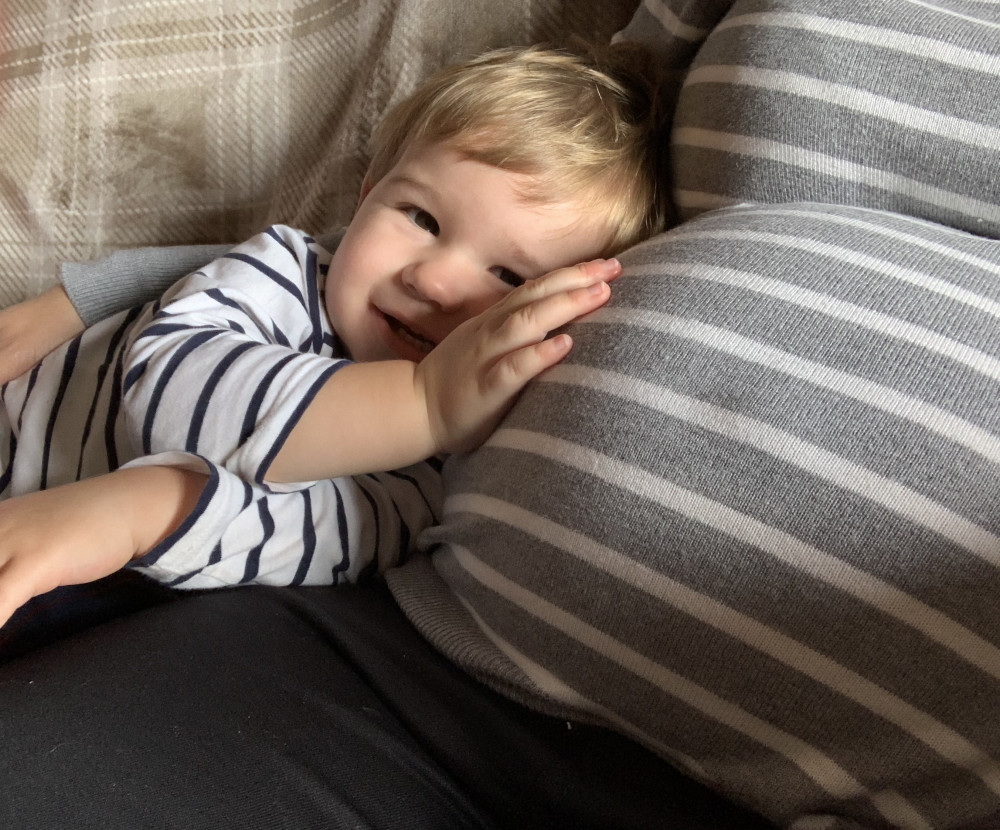 I guess this is quite different for everybody depending on your childs age. Little bear was 18 months old when our second arrived, which is quite young in terms of understanding the concept of having a little brother or sister. Though I did find it fascinating how much they do pick up without you even realising it at this age. From very early on if we asked him where the baby was he would touch my tummy and would give the baby a cuddle by placing his head on it (we did find this super cute).

With a couple of months left to go we then introduced a doll to him. This wasn’t actually planned, but I came across it when sorting out (it was my old doll), and thought it may be a good idea to get him used to it. We didn’t have it out and play with it a lot, and I actually think there’s much more prep that we could have done such as me doing things with the doll like changing it, putting it in the moses basket, holding it more etc. However, my hope was that when the baby does arrive Little Bear would have his baby and can imitate the things that I am doing (copying what we do is something he did a lot so we thought this may be a good idea). The reality was that he wasn’t particularly into that when Little Squish did arrive, and in fact, if he was at the age he is now when I am writing this (2 1/2), it would have been totally different as he understands much more and is into role playing more too.

We also ensured a few weeks before my due date to get some items down from the loft and start having them around the house so Little Bear became familiar with them. These included the next2me in our bedroom, the moses basket downstairs and the buggy board on the pushchair.

We then got a little present from Little squish to my Little Bear when she was born (he was massively into Fireman Sam, so it was a talking teddy). Again, he was a little young to understand that this was from the baby, but he enjoyed having something new to play with, and will always have the teddy as a keepsake. The intention was to get something from him to the baby too, but quite honestly, I completely forgot about that.

I think the biggest thing I had to get my head around was how I would feel and how Little Bear would react to me being a mummy to 2 children and not just one. Admittedly there has only been 18 months since having him, but that has been 18 months of me only knowing him, and him me. Now we need to bring another baby in to the world and into our lives. Suddenly he won’t have my full attention and I will have 2 little humans who are totally reliant and dependent on me. If I let myself think about this too much it would definitely get the better of me, but the one thing that really helped was to know that feeling like this was 100% completely normal, and it was indeed OK to have these emotions and thoughts. Also, there were doubts and questions as to how we would work it all out when pregnant with Little Bear as we were entering a new world entirely, yet here we were 18 months down the line having figured it out (winging it, lets admit! But aren’t we all?) and cracking on with day to day life.

So if you’re reading this and are pregnant with your second, also wondering how to navigate this new way of life and your next chapter I hope that you find this helpful. Of course, I am sure there are lots of other things you could do (perhaps you are reading having already had your second and can share some of those in the comments for others to see), but this was our reality: In the thick of parenting with a 10 month old when we found out we were pregnant again, entering a global pandemic, and adjusting to things being different again. So yes we probably could have done more, but the fact that we didn’t I think just shows that the above was probably enough. And now, as Little Bear is coming up to turning 3, and Little squish is 14months old, we manage to get through each day pretty well (some better than others), and the bond they have is simply beautiful.

So wishing you a heap of luck if you are on your own journey to your next chapter, and I look forward to hearing from you with how it’s all gone.